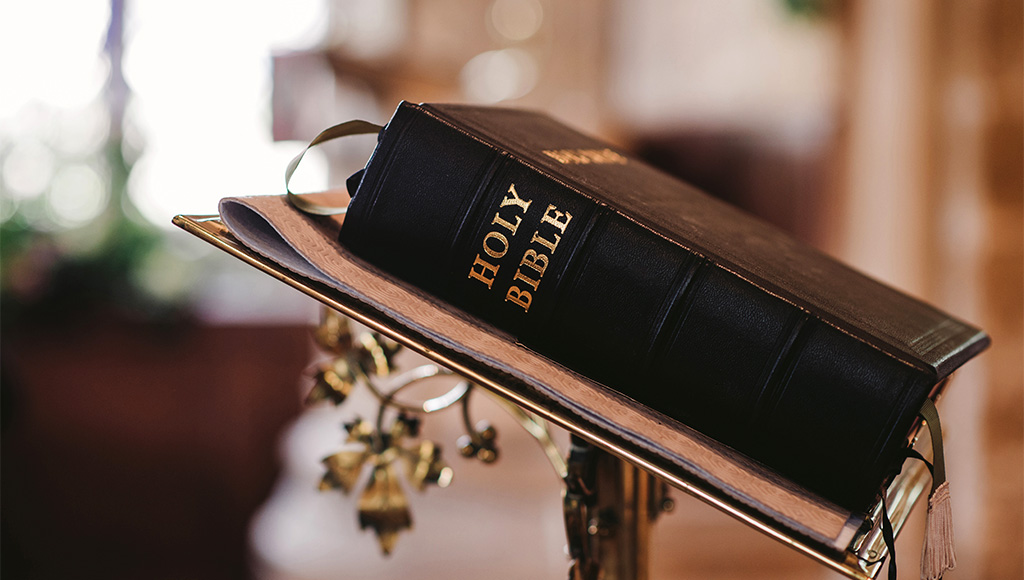 It was the year 1973, and a young wife waited nervously in the doctor’s office. The grim-faced doctor approached slowly. He chose his words carefully.

“Mrs. Cassada, I am sorry to tell you that the fetus you carry will not be born a normal child. It will probably die in your womb. At best, it might survive and live – but only in a vegetative state. This child will certainly be permanently disabled all of its life. It will be horribly deformed.”

And if those words weren’t hard enough, he added: “I suggest you go to a place downtown that takes care of these things. I’m advising that you terminate this pregnancy and have an abortion.”

The doctor couldn’t have crushed her more if he had used a sledgehammer. With a heart heavier than all the world, the expecting mother headed home to share the grave news with her husband. What was supposed to be a routine checkup became a heart-rending pronouncement of doom. Together, the Cassadas cried, and worried, and despaired, and worried some more…and prayed. They prayed a lot.

That evening, they watched as their two other young children played and laughed together. Would this third child be able to do the same? What does the future hold? Wheelchairs and breathing machines? Perhaps a tiny casket? Miscarriage? Death?

The doctor’s words hung on their hearts like black crepe on the door of a plagued house. He was so certain of his diagnosis. Doctors are always right, aren’t they? Is it wise to question his expert advice? But for all his training and expertise, the doctor lacked something the Cassadas had: faith.

Their faith was not a faith of wishful thinking – wishing as hard as they could and thinking as positively as possible for a healthy child. No. Their faith was a faith in God and in His Word – faith that the Bible is true. They believed that whatever mysterious affliction may be troubling their unborn child, an unseen God would buoy their family through the turbulent storms that awaited them. And they believed what God said about unborn children: “Before I formed thee in the womb, I knew thee…”

LET GOD BE TRUE, AND EVERY MAN A LIAR

Come what may, they would give the child over to the providential care of God and not surrender him to the death-sentence of the abortion clinic. Mrs. Cassada decided she would carry her child in her womb for as long as God would let her.

While the long months passed, their prayers ascended into heaven. They believed God would give grace, no matter the outcome.

Then that long-anticipated day came when their child was born. As the young mother lay in her hospitable bed, exhausted after long hours of labor, she heard the plaintive cry of a brand-new voice pealing out with the first gasps of air. The cooing nurses happily announced, “It’s a boy!”

“He is alive!” But her initial wave of relief quickly retreated back into the dark ocean of fear. She was afraid to look – afraid to see how her infant son had been twisted and mangled cruelly by some bizarre and unknown tormentor that somehow lurked within her.

She held her child in her arms and anxiously counted. “Ten fingers! Ten toes!” Her baby was healthy and strong – no deformities, no diseases! The grateful parents named him Joseph.

THE POWER OF FAITH

I was that baby, and I’m glad to say that my story had a happy beginning. But not every story like mine has the same outcome. Millions of babies have been murdered at the hands of abortionists, and others are indeed born with severe conditions and live with extreme difficulty and unimaginable challenges. The point of my story is not the power of faith to ensure a happy ending to life’s events, but the power of faith to sustain us through uncertainty, trouble, and anguish of soul as we believe what God has said, and as we do His will for our lives.

It’s important to understand that the power I speak of is not power in faith itself. The power is in the Word of God, and it is made available to us through faith. True faith is not wishful thinking; it is confidence that God will keep His promises. “Faith is the substance of things hoped for, the evidence of things not seen.” (Hebrews 11:1) That means that faith is holding what God has promised to give before He gives it; faith is seeing what God promised to bring about before it is brought about – faith is wholly leaning on God’s promises. It is believing what God has said. The greatest promise that God has made is that if we would believe the Gospel, we would be saved.

Gospel means good news, and when we believe the Gospel we believe everything that God has announced in His good news: that people like you and me, who have sinfully rebelled against God’s authority, and have made ourselves enemies of God, may find mercy and forgiveness by believing in Jesus Christ – that we who are far away from God because of sin can be brought near to God in a loving relationship because we put our faith in the sacrifice of Jesus Christ. The good news is we can stop being enemies of God and start being children of God. Believing the Gospel means believing that Jesus is who He says He is (the sinless, virgin-born Son of God, who is at the same time both God and Man) and that Jesus has done what He said He would do (die on the cross for our sins, rise again from the dead, and ascend into Heaven to sit enthroned with His Father). Jesus also said He would return someday “from heaven with his mighty angels, in flaming fire taking vengeance on them that know not God, and that obey not the gospel of our Lord Jesus Christ.” These are some of the promises God has made.

Faith in Christ and His Gospel means we believe what He has said about Himself and about us. He said He is the Messiah (the Anointed One) whose life was given and whose blood was shed as a sacrifice to atone for the sins of wicked man. He said your sins (even what you consider “small” sins) are unholy crimes against His Law that have incurred His just wrath against you. And you, friend, must believe if you will be saved from the wrath to come. Jesus offers Himself now as your Savior, but later He will be the Judge of all.

My mother’s faith in God’s Word quite literally saved my life. She believed what God said about the sacredness of human life, the unborn, and God’s providence. As a result, she chose to keep me, give birth to me, give me life, and bring me into the family.

When you put your faith in God’s Word concerning Christ and His Gospel, He will save your soul, you will be spiritually born again, and you will have a new life in Christ. All of your sin and guilt will be forever washed away if you will believe in the death and resurrection of Jesus Christ. By faith in Christ and His Gospel, you will become a child of God and a joint-heir with God’s Son Jesus Christ. Your new life comes with a new family: God our Father, Jesus Christ our Brother, and a world full of fellow brothers and sisters who have also obeyed the Gospel of Jesus Christ.

God has promised this. Will you believe it?

please find these verses in your Bible: